History pointed to a leader born to fulfill a purpose.  Winston Churchill was someone who was seen as controversial, openly direct and honest. He went down in history as one of the greatest politicians and statesmen in British history. He surprised many Brits during the Second World War by giving his opinion that Britain must stand up against Hitler and Nazi Germany. This “ruffled many feathers.” 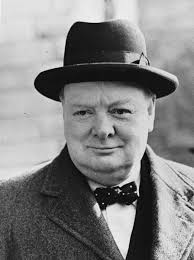 The huge majority of British Parliamentarians did not feel comfortable bucking the trend and remained silent by not stirring the pot. However, Churchill was one man who refused to remain quiet. He openly and directly confronted British Prime Minister Neville Chamberlain, Parliament and urged other nations in the western world to stand up and confront the dangers of Nazism and Adolf Hitler. If Britain did not, these dangers would come back to haunt the nation. Churchill was right.  Hitler would eventually bomb London, England.  Churchill would eventually be elected the Prime Minister to take Britain into the Second World War and defeat Hitler. It was a hard path but he was the man who rose to power at the right time and place to change the history of Europe forever.

Like Churchill, there is the possibility that President-elect Donald Trump might be a leader fit for a special purpose to lead the U.S. in this time of need. The economy seems headed into a collision course; and radical Islam, ISIS and jihadism has as their goal the establishment of a caliphate. 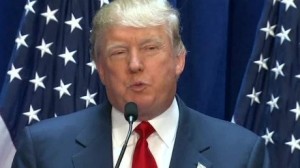 Do you think Trump might be pre-ordained for a time and place today to be a leader of the United States of America for a special reason and season? I do think he has the great potential to be a voice of realism and tilt a balance of power in a direction the nation needs to take.

Years ago, I remember having a conversation with a Muslim man.  We had a wonderful mutual exchange of religious ideas.  We had a parallel concept of a belief in God’s kingdom in which God will come again on the last day, the day of judgment.  The trumpet will sound and the Lord will return in clouds.  He will judge the living and the dead.   However, as Christians, we believe that God’s son, who is Jesus Christ is the King of kings and Lord of lords, and his kingdom will last forever without end.  Other than the difference in who the Messiah is, the similarities actually encouraged me and opened an opportunity to share the gospel with my Muslim neighbor.

Despite some of our desires to see God’s kingdom come and his will be done on earth as it is in heaven, God’s kingdom is not revealed through any earthly political power, military strength, or even religious influence.  Despite how weak or strong we may be in this world, the Messiah will return in all his power and glory.

An enduring faith and trust in God’s power and sovereignty can give us peace, and rein in our fears and need to dominate and control others in the world.  If God is truly sovereign, all-powerful and all-knowing, shouldn’t God be able to usher in his own kingdom despite anything we do?

“Look, he is coming with the clouds,”
and “every eye will see him,
even those who pierced him”;
and all peoples on earth “will mourn because of him.”
So shall it be! Amen. (Rev.1:7)

For the Lord himself will come down from heaven, with a loud command, with the voice of the archangel and with the trumpet call of God, and the dead in Christ will rise first. After that, we who are still alive and are left will be caught up together with them in the clouds to meet the Lord in the air. And so we will be with the Lord forever. (1 Thessalonians 4:16-17)

Then will appear the sign of the Son of Man in heaven. And then all the peoples of the earth will mourn when they see the Son of Man coming on the clouds of heaven, with power and great glory. And he will send his angels with a loud trumpet call, and they will gather his elect from the four winds, from one end of the heavens to the other.  (Matthew 24:30-31)

It’s a theory but Islam may be stuck in a siege mentality.  Religions, cultures, and societies can develop a siege mentality.   When sociological groups of peoples, cultures, religions or societies believe itself to be constantly attacked, oppressed or isolated, they retreat inward or fight for survival.   Islam has felt like a defeated underdog for centuries and has a hard time to forget.

Since 9-11 and the war on Iraq, perhaps Islam has been reminded of such emotions on a societal level.  It has felt defeated since… and perhaps ever since the crusaders defeated the Islamic empires in the 12th century (watch 1300 Years of Islamic History below).  The war between the crusaders and Islamic empires were bloody and violent.  The crusaders ended up pillaging and destroying the Islamic empire and relinquished the Holy Land and Jerusalem from the hands of the Islamic Empire–but in the end, shed a lot of blood.  It’s nothing Christians are proud of.  But I wonder and ask myself the question, “What if the west did not do anything in retaliation after 9-11?”

Islam does have a dark and evil past.  Its historic Middle Eastern caliphates eventually morphed into other caliphates and empires.  The former Christian church of Asia Minor (of New Testament times) (which is modern-day Turkey) was eliminated by bloody violent force and was forcibly wiped-out by Islam. These were historic cities of the Church mentioned in the New Testament: Antioch, Thessalonica, Corinth, Galatia, Ephesus, Philippi, Philadelphia, Tarsus, Laodicea, etc.  However, we as Christians haven’t develop a siege mentality, or at least we’ve already moved past our loss centuries ago and made new history.  But not so with radical Islam. ISIS has been arrogant enough to verbally threaten to attack Rome one day and take over the Vatican.  This is not the first time Islam has tried to dominate the world and destroy Christianity.  Where are we supposed to go from here?  As Christians, we don’t want to provoke violence, and are called to love our neighbor.  But what do we do when our neighbors don’t reciprocate love for their neighbors?

The caliphate, or a worldwide Islamic kingdom and rule on earth is the ultimate goal of ISIS.  This is the reason for its violent extremism that seeks to dominate the world using political and military strength.   Already over 1.6 million Syrians (mostly Christians) have been kicked out of their homeland of Syria by ISIS.  Recently, ISIS captured Assyrian Christians and tried to convert them to Islam through force (read full article here), reports the Christian Post.  My heart cries out to these Christian bros. and sisters of Syria.

Two of the 200-plus Assyrian hostages kidnapped by the Islamic State during an assault on Christian villages along Syria’s Khabur River in February have provided insight into their abduction in recent interviews where one revealed that the ISIS militants tried to force the Christian hostages to convert to Islam, but the captives boldly refused.

On Feb. 23, the terrorist group raided approximately 35 different Christian villages in the Hasakah province and abducted somewhere between 263 to 373 men, women and children, according to the Assyrian International News Agency. But about a week after the raids, ISIS released a handful of hostages on March 1.

Since it is ISIS’s goal of forming a worldwide caliphate (Islamic kingdom), shouldn’t we all have something to fear?  What’s the solution–use of force in self-defense or evangelism?

Egypt is another country that has joined the fight against the violent extremist terrorist organization, ISIS.  This terrorist organization has just beheaded twenty-one Egyptian Coptic Christian migrant workers in Libya on a beach in cold-blood (news here).  This is an indication that they’re terrorizing threats are real and sadistic and void of any sense of fairness or mercy.

This sadistic incident will cause many level-headed citizens around the world, and all Christians, to wonder if Islam is truly a peaceful religion.  All though I am a devoted Christian, I want to believe that Islam is a peaceful religion, but acts like these give me doubt.  I grew up in a multicultural environment in Canada, and had Muslim friends and neighbors.  It gave me an appreciation for all religions, and I want to continue believing that there is good in Islam; however, today, this expression of radicalized Islam sure hasn’t given me a good impression.  Increasingly each day, more peace-loving people will lose trust in Islam as an inherently good religion.  Peaceful Muslims need to help and speak up against ISIS!

Nevertheless, whether this was religiously-, culturally- or politically-motivated makes little difference if this sadistic terrorist activity is not taken seriously by all western nations.  In the history of pre-WW II days, many western nations took too long before they stepped in to intervene against Hitler’s Nazism in Germany.  So if there is something that we can learn from history, it is that “hiding our head in the sand” is not a viable solution.  ISIS is a very dangerous force that plans to intentionally intimidate surrounding nations. They made claims that Rome is on their target. What an arrogant claim.

Nations from every continent all have something valuable at stake—their religious, social, and economic freedoms.  Japan did not play into ISIS’ demand for $200 million.  Most recently, Denmark, was attacked by young Islamic terrorists who killed a number of people.  They targeted a Jewish synagogue that was having a Bar-Mitzvah, and also a cafe that was hosting a meeting on freedom of expression.  Very tragic

Today, Jews and all free peoples who value our beloved liberties are targets.  I wonder how many countries will come together and how soon will it take for these nations to realize that this dangerous reality should be taken seriously with real force?