Missionary families have sacrificed their lives and their comforts of home to live overseas, to adopt a new culture and learn a new language.  Their motivation is to proclaim the gospel to people on the margins.  They are on the margins due to income/economic status; sickness/health; race/ethnicity; language and education.

Jesus’ entire ministry was to those who were on the margins.  Luke 7:21-22 states:

“At that very time Jesus cured many who had diseases, sicknesses and evil spirits, and gave sight to many who were blind. So he replied to the messengers, “Go back and report to John what you have seen and heard: The blind receive sight, the lame walk, those who have leprosy are cleansed, the deaf hear, the dead are raised, and the good news is proclaimed to the poor.”

Previously I hadn’t really noticed this one verse in Luke 7:29:

“All the people, even the tax collectors, when they heard Jesus’ words, acknowledged that God’s way was right, because they had been baptized by John.”

It was unfortunate that they abused their positions of power. They took advantage of people. They added additional taxes to their collections that were not necessarily owed to Rome. They enriched themselves by pocketing that extra money for themselves. They were hated and despised amongst the common people.

Some of these dishonest tax collectors were evangelized. They received Christ and transformed their lives. They gave up their dishonest ways, and were baptized by John.  If there is room for the rich in God’s kingdom, who are we to judge? 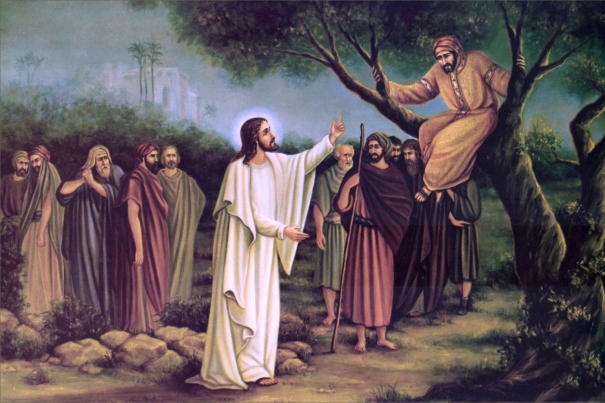 Zacchaeus in the bible was a dishonest man.  He came to faith in Christ.  In the gospels, he was repentant and transformed the way he conducted his business.  He promised Jesus to give half of his money to the poor and return four-fold what he had cheated (Luke 19:8).

Jesus’ response was evidence of the good news that came into Zacchaeus’ life.  Jesus said in Luke 19:9-10,

“Today salvation has come to this house, because this man, too, is a son of Abraham. For the Son of Man came to seek and to save what was lost.”

There are many rich people who make their money honestly, and through hard work and diligence.

Do we scorn the rich, famous and powerful for the sake of scorning them?  When we do so, it creates a bigger chasm between them and the commoner.

Do the ultra rich, powerful and famous also need to hear the gospel?  Are they also loved by Jesus?   They also have problems like us ordinary people.  They also have marital troubles, divorce and separation, parental issues, just as we all do.  Their lives can also be torn by sin and corruption.

This sector of society also need Jesus.  There is room for them in God’s kingdom.

Here’s a question for us to consider.  If Jesus invited himself to eat with Zacchaeus’ at his home, might Jesus do so with the ultra rich and powerful today?  Most definitely.

Our evangelization and missionary work today could use a good tweaking. We ought not only be evangelizing the poor and sick. We also need to turn our attention to people of influence.

Missionaries are doing some great missional work to evangelize the marginalized. But what about politicians, and the rich business person? In a way, they might also be people on the margins–but on the other side of the margins?

I’ll define this group as those who are on the margins on the opposite of the economic and social spectrum.  We tend to marginalize them because of the division their money and wealth has created.

I know it’s rather difficult to attach the label “marginalized” upon those who are rich. Juxtaposed with a large middle-class population, the super ultra-rich do standout as a marginalized group.

In our modern contemporary society, we might consider people such as:  the ultra rich, famous Hollywood stars, music icons, Supreme Court justices. These people might also be some of the loneliest people in the world.  Their success in their own field of work has created a greater chasm between themselves and the common person.

What would Jesus do?  Jesus addressed rich people regarding their spiritual poverty.  They were too content, too satisfied and did not seek after the things of God.  Money satisfied them but they missed the spiritual side of life.

To be fair, and on the other side of the same token, I believe Jesus would also speak to the poor people regarding their spiritual poverty.

So whether we rich or poor, God would desire we all people to seek after godly and spiritual things.

All human beings, regardless of our status, battle with depression, suicide, debilitating sicknesses and diseases.  All people have marital breakdown.  All people battle personal problems.  God can be the savior of all people who need a savior.

It is not unusual that the higher one climbs on the socio-economic ladder, the less happy and more lonely one becomes.

So who might be the proverbial “tax collectors” of today?   Might they also need to be ministered to? They might be our Hollywood producers, famous Oscar recipients, successful real estate tycoons, business persons and corporate executives.

Let me ask you: When did you last minister to Hollywood producers, the political operatives, and business tycoon?  Did you offer them any spiritual guidance?  Were there any around who could share the good news with them.

Most common people never have any sort contact with them. Why would we? And how could we?  The marginal on this side of the bell curve are also isolated people.

Can they be transformed by the light of Christ to the glory of God?  “Yes.”  Jesus also wants to intervene in their lives. God loves all people of all economic and social status.

If this post has made any sense, I hope it might present another challenge. How do we reach this other marginal group of the rich?  Perhaps we might consider and pray that God should send evangelists, missionaries and apostles to the super rich, famous and powerful.