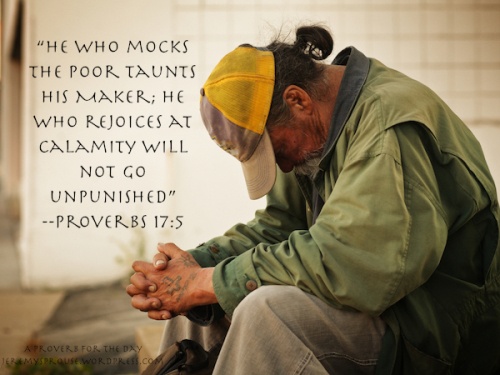 Stealing and petty offenses are a no-no.  It’s the same, whether it’s here in Canada, the U.S. or in Japan.   In Japan, they are experiencing an increase in older people committing offences. It’s an elderly crime wave by grandpas and grandmas.  It is sad.

Here’s the irony.  These seniors want to go to jail. The reason: they are reaching pensionable age and running out of money. They are choosing to live in jail because it’s free. Free food. Free housing.

A rational senior might easily think: “Well, why not?  Better to live in the comforts of a jail than starve on the streets.” Sounds rational to me too.

One senior said, “I reached pension age and then I ran out of money. So it occurred to me – perhaps I could live for free if I lived in jail,” he says….”So I took a bicycle and rode it to the police station and told the guy there: ‘Look, I took this.’

This is sad. In traditional Asian-Japanese culture, the children will take care of the parents. They are three or even four generation households.  But when there is a break-down in families and in society, people get left behind.

These seniors committing small petty offences do not intend to do any physical harm.  This BBC article: “Why Some Japanese pensioners want to go to jail” interviewed some seniors:

“Small, slender, and with a tendency to giggle, Toshio looks nothing like a habitual criminal, much less someone who’d threaten women with knives. But after he was released from his first sentence, that’s exactly what he did.

“I went to a park and just threatened them. I wasn’t intending to do any harm. I just showed the knife to them hoping one of them would call the police. One did.”

Altogether, Toshio has spent half of the last eight years in jail.

I ask him if he likes being in prison, and he points out an additional financial upside – his pension continues to be paid even while he’s inside.

“It’s not that I like it but I can stay there for free,” he says. “And when I get out I have saved some money. So it is not that painful.”

Japan is a law-abiding society.  Crime happens rarely in this Confucion-oriented country.  You can leave a phone or a wallet on a subway and likely, no one will steal it. They will return it to someone at the office for lost & found.  The BBC article stated:

“In 1997 this age group accounted for about one in 20 convictions but 20 years later the figure had grown to more than one in five – a rate that far outstrips the growth of the over-65s as a proportion of the population (though they now make up more than a quarter of the total).”

A confucianist culture like Japan would not dream of levying harsh punish upon their elders for this kind of crime.  Confucian stated:

The Duke of Sheh told Confucius: In my land, there are just men.

If a father steals a sheep, the son will testify against him.

Confucius said: The just men in my land are different from this.

In this Asian shame-based culture, the punishment for such a crime will not be huge.  The bigger shame in this for Japanese people will be the inability to support their own senior citizens.

The birthrate in Japan has declined such that the younger generation will not be able to support the public pension plans of the older generations.

It is already happening in South Korea. China will be in a similar situation in the very near future.  There is a shameful thing going on with Bucchus ladies (granny prostitution) in Asia and South Korea.  It is invisible and can exists in cultures where younger generations are supposed to take care of the older generations (read article here).

North America and Europe will also come to similar predicament. Is there anything else we can do to support our senior’s public pension plans?  Increase taxes? Not without a lot of push-back from our hard working tax-paying citizens.

If our birthrates do not increase, do we increase our immigration rates in order to sustain a steady base of tax contributors?  Here in Canada, we are already doing this.  Many countries are also doing the same.

Compassion and capitalism must go hand-in-hand in order for society to function well.  This is where the Church and Christians can make a difference.  We need not turn to socialism, as I said in my previous post on socialism.  It must not be an option.  As a society, we must take action to take care of our seniors, our mentally ill, and our vulnerable who need our care.

“I know not what course others may take; but as for me, give me liberty or give me death!”

Liberty cannot be established without morality, nor morality without faith.