At Christmas, we think of gift-giving. As a baby, Jesus received fragrant gifts of frankincense and myrrh. These were aromatic resins used for personal, religious and medicinal purposes and for burial.

Near the end of Jesus’ life, he would receive one final and generous gift from a faithful woman.  She would be remembered as giving a generous legacy-gift. It would become a sweet-smelling fragrance that would accompany him to his burial.  In Mark 16, this woman came to Jesus with a jar of perfume to anoint Jesus from head to toe.  Some well-meaning folks around Jesus were concerned that this expensive perfume could have been sold and the money be given to the poor. Jesus’ response them was:

“She has done a beautiful thing to me. The poor you will always have with you, and you can help them any time you want. But you will not always have me. She did what she could. She poured perfume on my body beforehand to prepare for my burial. Truly I tell you, wherever the gospel is preached throughout the world, what she has done will also be told, in memory of her.” (Mark 14:6-9, NIV)

What a gutsy thing to say to those who are concerned about the poor!  A couple things here that Jesus knew early on: 1/ The good news would be preached around the world; and 2/  That her generosity would be recorded and be re-told as a legacy.

One, Jesus had already known that the religious leaders were after him and wanted to kill him. He had already made this known to them by clearly drawing an analogy about his perceived death warrant in his telling of the parable of the tenants (i.e., the murder of the vineyard owner’s son).  Jesus would have assumed his pending death would be like a seed being planted, and later, sprout into good news being spread around the world.

Two, Jesus would have expected his death be recorded on paper and/or spread via word-of-mouth. How else would this woman’s generous gift be re-told to future generations?  As the Son of God and the Human One, Jesus is omniscient (all-knowing) as God is all-knowing. He would have known his future would result in a grander legacy than merely a post-generational myth. His own futuristic vision lays a groundwork for a new faith that would reach far beyond a reformed-type ofJudaism. 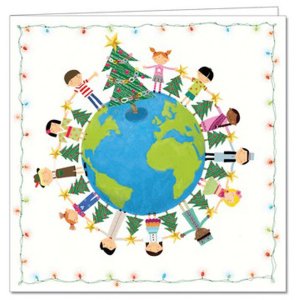 Faith in Jesus would bring about a radical and worldwide transformation.  Today, Christianity has a worldwide following that is fairly evenly spread throughout all continents. It is not an ethno-centric religion like Buddhism in East Asia, Hinduism in India, or Islam in the Middle East.   Billions of dedicated adherents of every race, ethnicity, culture, and hemisphere, are following Jesus.  Many thousands more each day are coming to trust in the Lord.

Upon the Advent or Coming of Jesus Christ, we will be celebrating a grand birthday around the entire globe including Asia, Africa, the Americas, and Europe (now being the minority).  We have hope in the Expected and Anointed One.